Posts from the ‘Tax Planning’ Category 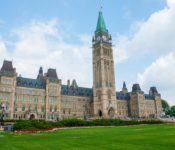 Private Corporations Dodge a Bullet with the 2018 Federal Budget

The Liberal Government’s Federal Budget was delivered by Finance Minister, Bill Morneau, on February 27, 2018.  There had been much concern and speculation about the direction the budget would take with respect to the taxation of private corporations.  This was due to a release of the Department of Finance in July 2017 which contained private corporation tax proposals which addressed areas of concern to the government involving, among other things, business owners holding passive investments inside of their corporation.  There was speculation that if these proposals were implemented the effective tax rate on investment income earned by a private corporation and distributed to its shareholders could increase astronomically.  Thankfully, the concerns voiced by business and professional groups following the July proposals were effective in moderating the government’s actions.

END_OF_DOCUMENT_TOKEN_TO_BE_REPLACED 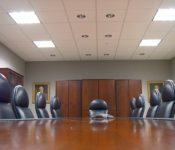 What happens now is anyone’s guess and most likely, we will probably have to wait until the Spring to find out. There were three specific tax planning strategies employed by private corporations that the department was most concerned with: END_OF_DOCUMENT_TOKEN_TO_BE_REPLACED 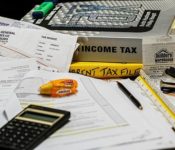 Private Corporations in the Cross Hairs

If you are the owner of a private corporation you should be concerned about the commentary that is coming from the Department of Finance.  In the Federal Budget of March 2017, Finance expressed their concern that private corporations were being used by high income Canadians to obtain tax advantages that were not available to other Canadian tax payers.  That concern has led to the release on July 18th 2017, of a consultation paper along with draft legislation.  Finance is currently asking for input from interested parties and stakeholders and has stated that the consultation period will end on October 2, 2017.  At this point, whatever happens after that date is anyone’s guess, but speculation is high that changes will be introduced to close what the Department perceives as abusive practices relating to private corporations.

Specifically, there are three specific tax planning strategies employed by private corporations that the department is most concerned with:

Income tax paid on income from a private corporation can be greatly reduced by causing that income to be received in the form of dividends by individuals who would pay tax at a much lower rate or not at all.  These dividends are usually paid to adult children or other family members who are shareholders of the private corporation or to a family trust.  By “sprinkling” the income in this manner the amount of income tax paid can be greatly reduced. END_OF_DOCUMENT_TOKEN_TO_BE_REPLACED 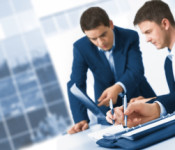 Does your Business Qualify for the Small Business Gains Exemption?

As a business owner, you may be aware that when you dispose of shares in your business you could receive an exemption on all or a portion of the capital gains that ordinarily would be taxable. This is due to the Lifetime Capital Gains Exemption which says that, for 2016, up to $824,176* of capital gains is exempt from taxation.

The Lifetime Capital Gains Exemption (LCGE) is available to individuals who are disposing of or deemed to have disposed of:

END_OF_DOCUMENT_TOKEN_TO_BE_REPLACED 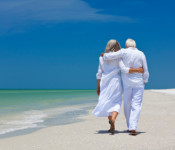 A new method of structuring an insured annuity has restored its favourable results.  The new approach involves combining the prescribed annuity with a Universal Life policy.